After prospecting snails comes their identification using the features of the shell ("conchological features").
In Loën quarry, there are 3 very common snails in Belgium.

1) The well known Helix pomatia (Roman Snail) is the biggest in the Belgian malacofauna - a widespread species in our quarry.

2) The also well known banded yellow snails can actually belong to two different species :
* Cepaea hortensis - White-lipped Banded Snail : with usually a white lip around the aperture; the line of the longest distance between the borders of the aperture is oblique; despite its name, it lives indeed mainly in the forests and is very common everywhere in our quarry.
* Cepaea nemoralis - Brown-lipped Banded Snail : with usually a dark (brown to black) lip around the aperture, but some (not so rare) specimens have a whitish lip; most importantly, the line of the longest distance is vertical; despite its name again, it lives mainly in the gardens and wastelands and seems rather hard to find in our quarry.

One could think that the number of dark bands on the shell corresponds to different species, but this is not true : there is only two species ! These bands are numbered (see picture) and each shell can be characterized by a formula such as 12345 (all the bands present), 10045 (bands 2 and 3 are absent), 123(45) (=all the bands present with the bands 4 and 5 are fused) or even 00000 (no band at all). About 70 combinations exist for C. nemoralis, much less for C. hortensis. 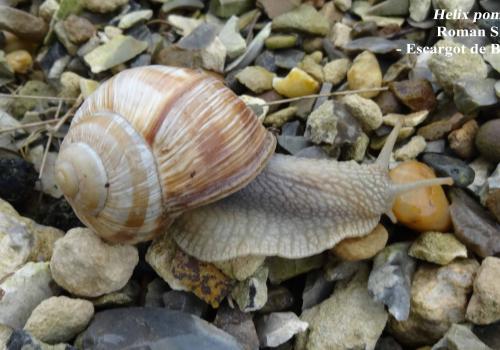 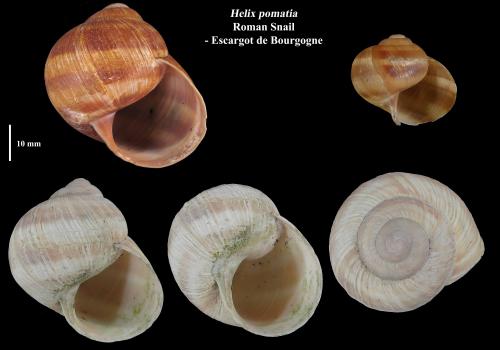 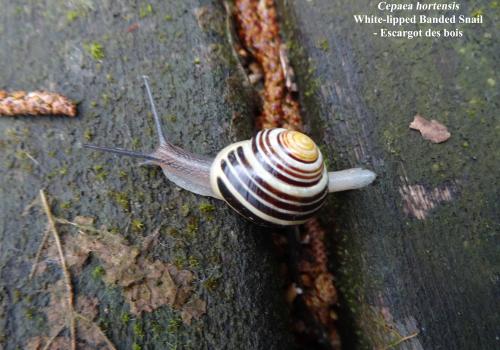 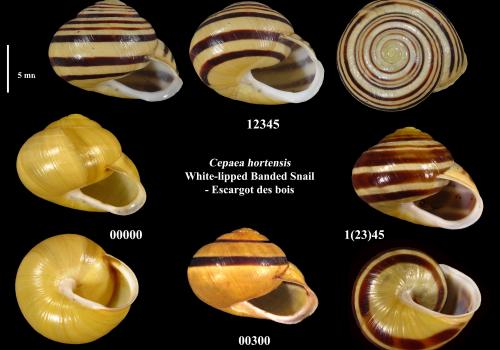 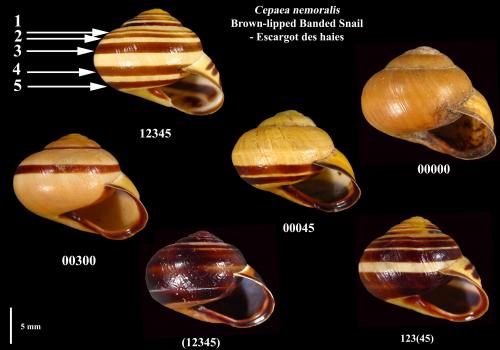 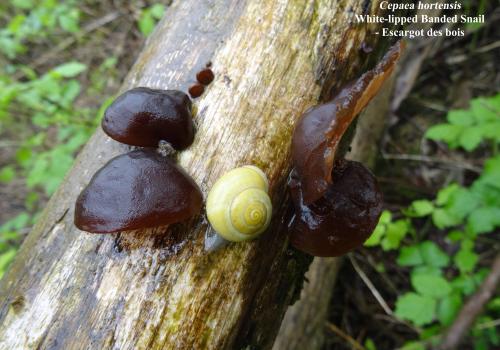 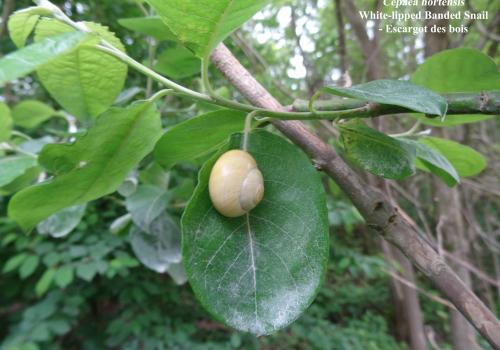 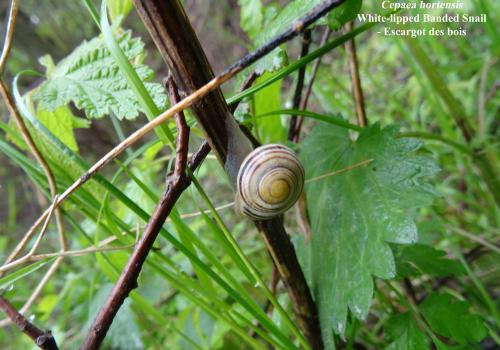 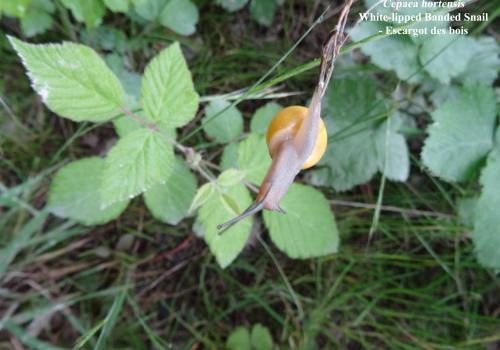 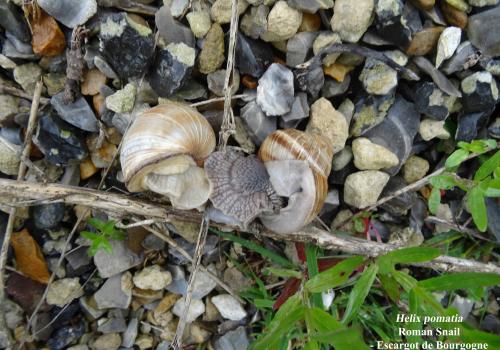 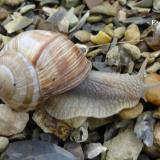 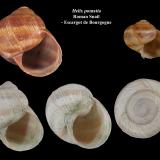 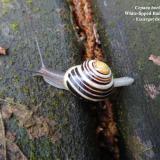 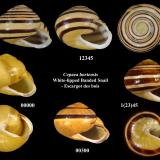 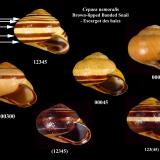 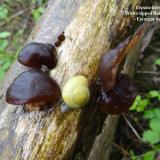 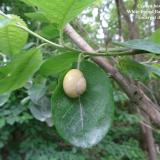 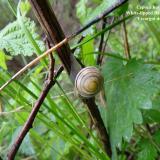 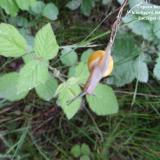 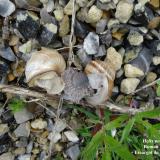