Assessing the capacity of quarry biodiversity and ecosystems to cope with climate challenges
Lun, 09/05/2022 - 09:33

We had already delimited the study area. Today we are going to take a closer look at this area.
The 3 micro-basins are well delimited. The two largest flow in the direction of the Nervión at Arrigorriaga. The third, the Bolintxun basin, located at the northern end of the study area, flows towards Bilbao.
The elevation map serves to delimit the basins and indicates that, in general, the terrain is steep, with the highest altitudes in the south-east quadrant, in the area around Pagasarri and Pastorekorta. The area of the main extractive activity of the quarry does not reach such high altitudes.
Slope and orientation maps have also been calculated.
The slope map confirms what the elevation model suggested. This is an area with steep slopes. This is a limitation for human activities. The flattest terrain is found in the valley bottoms and, in the 2 basins that flow into Arrigorriaga, in the areas near their confluence with the Nervión. The bottoms of the quarry extraction areas are also flat.
Regarding the orientation of the terrain, the main mountains maintain a north-west to south-east direction, and the dominant orientation is the north component. The northern component of the terrain decreases to the right of Mendikosolo and in the surroundings of the cement plant. In the Bolintxu area there are areas with a southern orientation.
The following images show the micro watersheds of the study area, the elevation model and the slope and orientation maps. 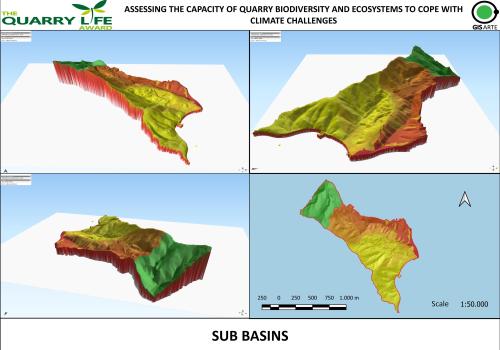 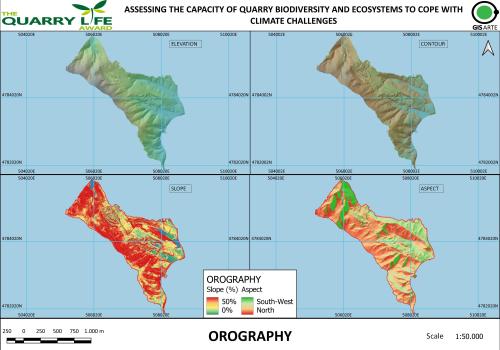 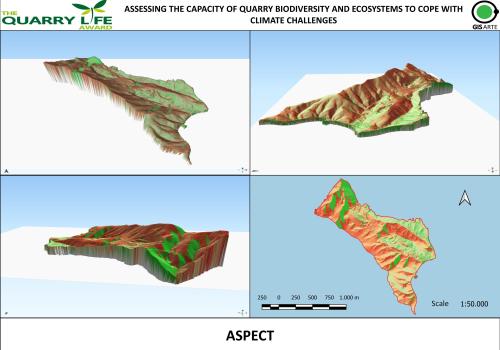 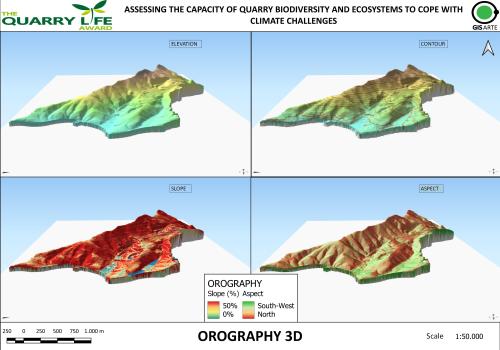 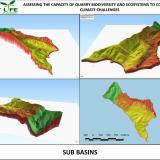 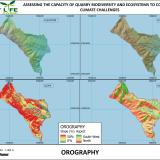 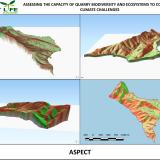 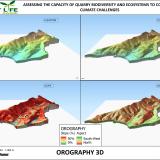