A. obstetricans is distributed in southwestern Europe, but absent in the south of the Iberian Peninsula (except in the levante coast) and the northeast of Spain. However, there are four more Alytes spp. toads in Spain: A. cisternasii, A. almogavarii, A. dickhilleni and A. muletensis (only in Mallorca).

Adults are ± 5.5 cm long, small and robust with vertical pupils. They are mostly grey with darker spots and sometimes even orange dots.

It is a nocturnal species with a different reproductive strategy than most toads. They first emit mating calls similar to whistles and then, after an amplexus, the male will carry the fertilized eggs for several weeks until tadpoles are developed. Then, in the water, tadpoles will spend several months or even more than a year growing and metamorphosing. Finally, they will leave the water ecosystem to begin their juvenile and adult stages, usually next to the breeding site.

Slopes and wetlands associated with quarries are ideal habitats for this species. As tadpoles need to spend plenty of time in the water, permanent or semi-permanent water bodies are ideal for them. Furthermore, these anthropogenic habitats may have a fundamental role in their dispersal, as they may act as stepping stones among populations, enhancing the species landscape-level connectivity and their population persistence. Because of all these reasons, we must keep studying amphibians so that we can protect them effectively! 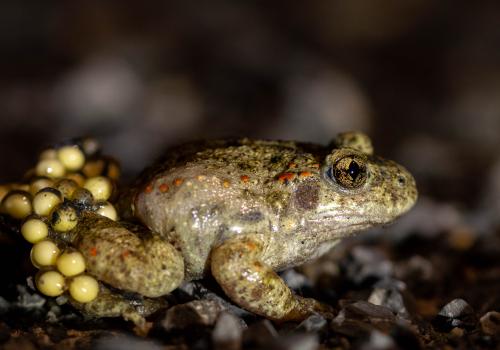 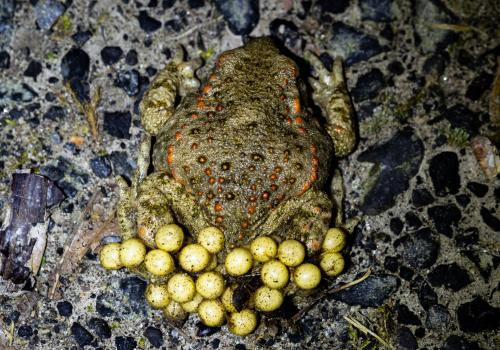 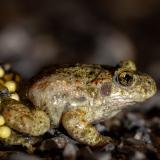 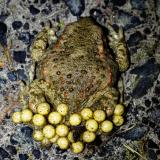