Lissotriton helveticus is distributed throughout western Europe, including United Kingdom. In the Iberian Peninsula it can be found in the north, from Catalonia to Galicia, in areas with a Eurosiberian climate. An opportunistic species, it is found in a wide variety of anthropized habitats: streams, ponds, ponds, ditches and flooded meadows.

Small newt (±8 cm), with a brown coloration with dark spots and stripes. The dark stripes create a mask on the head. Species with high sexual dimorphism, the males have webbed hind legs, hence the common name. In addition, they have a filament at the end of the tail, differentiating them from females (see photo 3, left female, right male).

This species has a terrestrial phase outside the breeding season. Hibernates from November to February on land. Inside the water, the male performs a courtship in which he releases hormones for the female by wagging his tail. If successful, the female will pick up a spermatophore deposited by the male. Females lay up about 500 eggs.

A very abundant quarry species, we have sighted more than 100 individuals in large water bodies. They also appear in temporary puddles after rain. We must protect them! 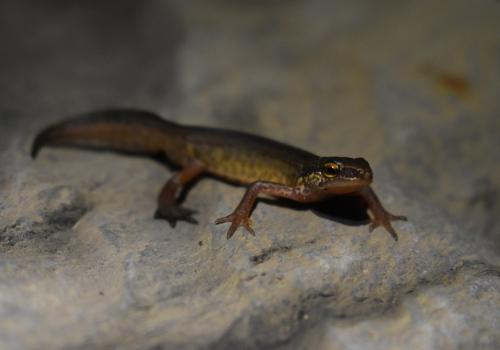 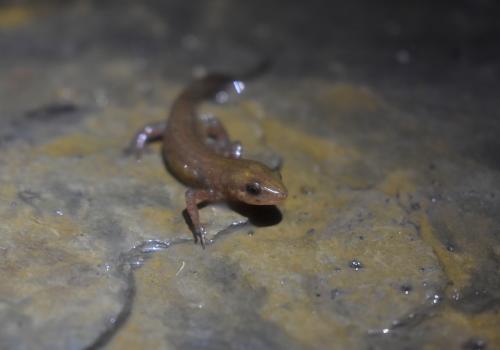 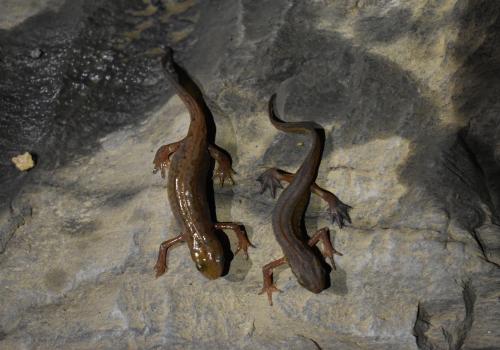 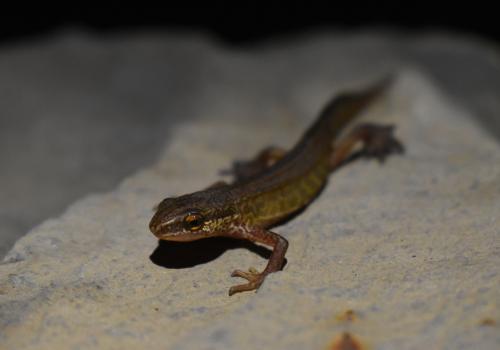 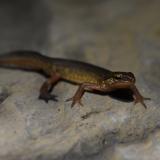 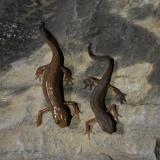 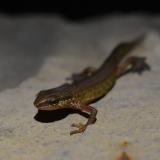