The Iberian common toad is distributed throughout the Iberian Peninsula and southwestern France. It can be found in a large number of habitats with a high degree of anthropization, in wetlands, maquis, humid forests, even parks and gardens.

Large toad, reaching 18 cm in the south of its distribution. In the north they are smaller, reaching 11 cm. It has red eyes and warty skin, with brown, gray or reddish coloration. Males have callosities on the toes of the front legs that they use to hold the female during amplexus.

B. spinosus is terrestrial and nocturnal, taking refuge under rocks or logs during the day. It reproduce in spring, where many individuals can be observed together at the same water point. It feed on invertebrates and generate toxins through their parotid glands, which are harmless to humans.

It is an abundant species in the quarry, we saw at least 1000 individuals near the Mendikosolo reservoir. Now in summer it is scarcer. 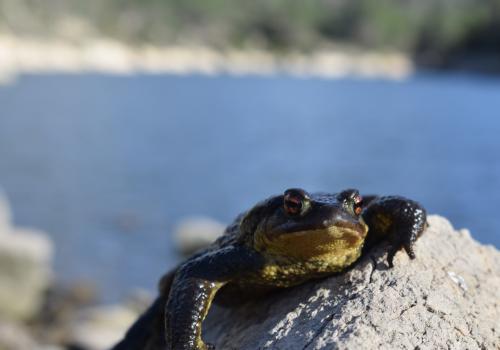 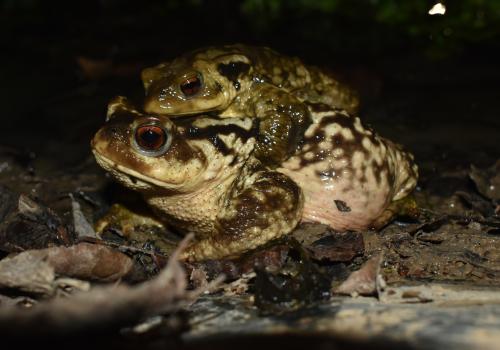 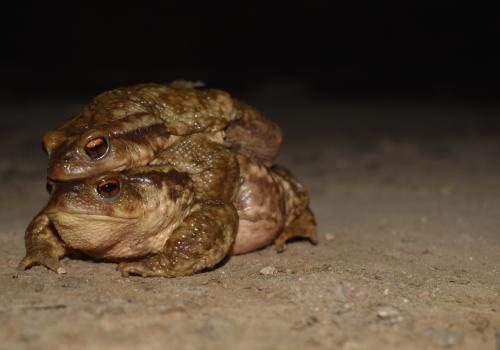 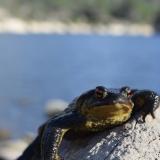 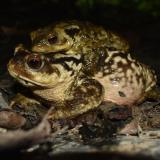 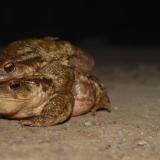