How can we deduce the size of a population?

A very useful method is by capture/recapture. A part of the population is captured, identified and released. On the next journey, we capture again a part of the population in which there will be recaptured individuals. The number of recaptured individuals is proportional to the number of individuals marked on the first day. In this way, we can estimate the total size of the population by dividing the marked individuals by the individuals captured in the second sample.
But how do we identify the individuals? By photo-identification (explained in an order post).
In the pictures we can see the same individual of common midwife toad (Alytes obstetricans) with different colour captured on different days. If we look at the spots they have, they do not change. In photo three the dark spots disappear, but when handled for a few minutes they change their colouring to a lighter one, making them easier to identify. 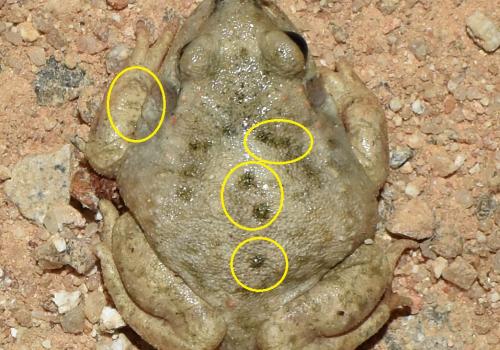 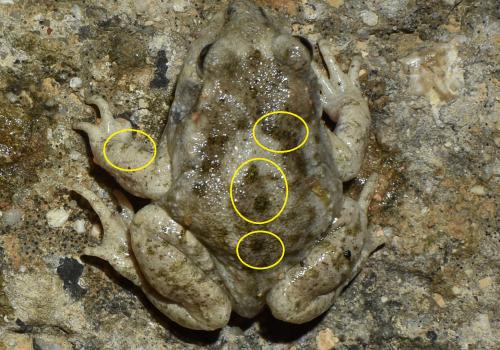 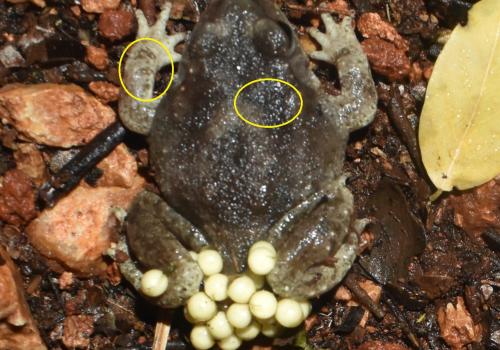 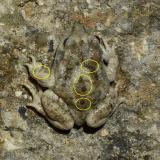 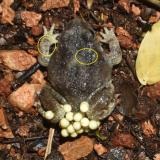