Baita Craciunesti Quarry (Magura Feredeului) is situated on the territory of 3 localities: Pestera, Ormindea and Craciunesti, which belong to the locality of Baita, Hunedoara County, about 27 km North from Deva. Limestone is extracted in the quarry through open mining works. The quarry has an area of 164.4 ha.

Limestone has a reef-like nature, of white-yellowish color, fine granular crystalline structure, with karst cavities here and there and cracks filled with residual clay.

The relief has a mountainous aspect, although altitudes do not exceed 700 m; it consists of ophiolites, Mesozoic limes and laramic magmatites as hills and cone-shaped peaks.

The hydrographic network is represented by Valea Căianului, an affluent of Mureş River and a collector of Peştera and Ormindea brooks.

The environmental rehabilitation works aim at harmonizing the surface of the rehabilitated lands with the natural surroundings in the immediate vicinity, increasing the land stability and avoiding surface erosion.

The quarry is situated at about 1 km of ROSCI0110 - Magurile Baitei reserve.

The vegetation is specific to forests with deciduous plants, and durmast in combination with beech. The Eastern and Southern flanks are rocky, with poor vegetation.

The area is characterized by the presence of a natural reserve (120 ha) of mixed landscape, speleological and floristic interest, including the massifs of Magura Baitei, Gherghelea and Magura Craciunesti. 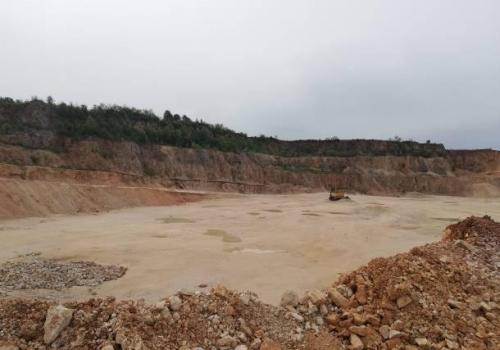 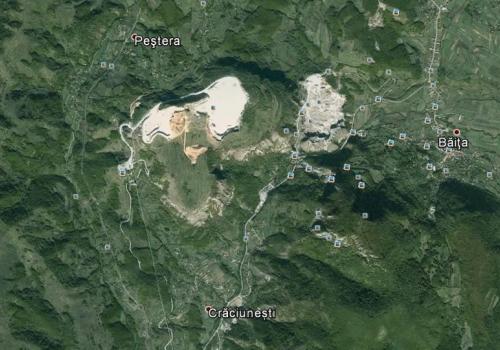 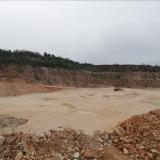 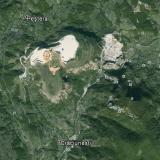 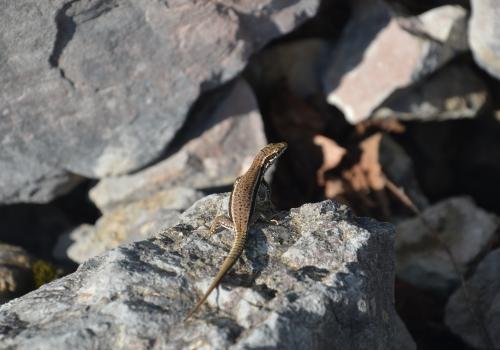 Getting to know the Băița-Crăciunești quarry herpetofauna

Amphibians and reptiles, both defining a regions herpetofauna, are considered to be amongst the most endangered vertebrates in the world, many species being extinct. Because the herpetofauna in Romania is one of the richest in Europe, this projects purpose is to identify and monitor the species in a country’s region, namely the Băița-Crăciunești quarry and awareness of the inhabitants of the two local communities through information and education on the importance of the existing species in the quarry. We will study the connection between the quarry’s herpetofauna and the local communities and if there is any support between the two involved parts. Ver el proyecto completo

Although a quarry is represented by industrial activities, being it self an ecosystem with specific environmental factors values, it is not separated by the surrounding ecosystems. As the species know no borders,  between the quarry and the surroundings exists connective "green"channels.  This channels are used by key species for  supply and energy exchange between the quarry and the surroundings. The key species could be represented by flora and fauna equally. In order to be sustainable a quarry management needs to maintain this connections at optimal levels. Therefore, there are three steps to follow: 1.  An inventory of the key species present at the quarry level and... Ver el proyecto completo 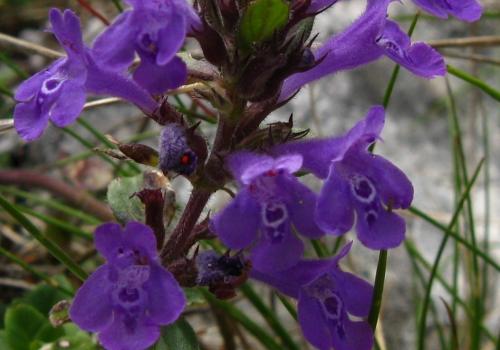 The complex study of the biodiversity of the rare, endemic and vulnerable vegetal species from Băiţa-Crăciuneşti Quarry. Threats and conservation measures 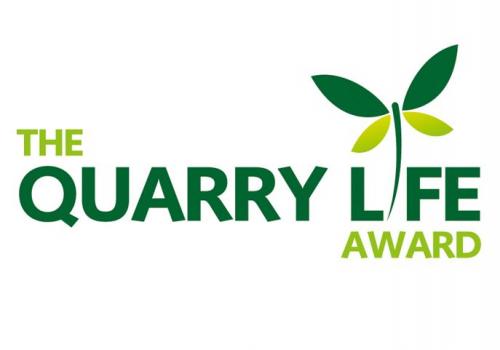 The project focuses on quantifying the effects of the limestone’s exploitation in Băița-Crăciunești Quarry on local biodiversity and its social impact. The influence of the operation extends beyond the predefined perimeter of the exploitation, having an impact on the surrounding natural and anthropic environments. The purpose of this project is to develop a series of graphic representations from the data obtained on the field, which will highlight the exploitation’s range of influence generated from diverse sources. These maps will provide an overall view of the impacted area, leading to the proposal of new methods to decrease the effects generated by the exploitation on biodiversity... Ver el proyecto completo